Skip to content
The University of Washing have invented a mobile phone (cellphone to the Americans) which does not require a battery! 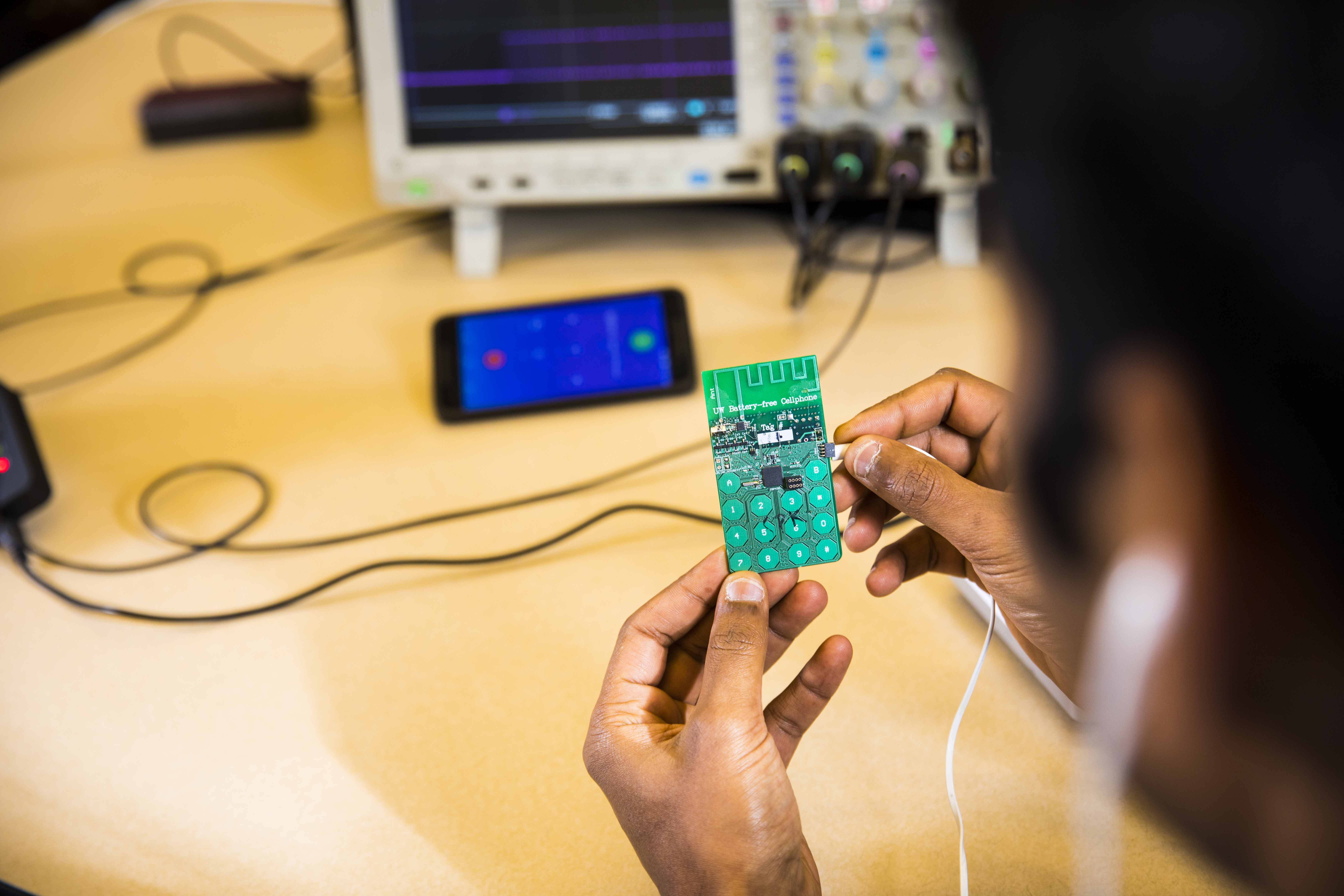 In its current stage it is quite basic; it can only make phone calls via cellular towers but they have managed to make a Skype call on it as well. So how can a mobile phone with no battery achieve this? The phone manages to harvest its power from ambient radio signals and light. The amount of energy it can get from this is in the microwatts realm so it’s not going to be powering an AMOLED screen anytime soon. Even still, this is a fascinating concept which, once matured could potentially solve all our re-charging issues. See below for some interesting reading from the original article:

The team of UW computer scientists and electrical engineers eliminated a power-hungry step in most modern cellular transmissions — converting analog signals that convey sound into digital data that a phone can understand. This process consumes so much energy that it’s been impossible to design a phone that can rely on ambient power sources. Instead, the battery-free cellphone takes advantage of tiny vibrations in a phone’s microphone or speaker that occur when a person is talking into a phone or listening to a call. An antenna connected to those components converts that motion into changes in standard analog radio signal emitted by a cellular base station. This process essentially encodes speech patterns in reflected radio signals in a way that uses almost no power. To transmit speech, the phone uses vibrations from the device’s microphone to encode speech patterns in the reflected signals. To receive speech, it converts encoded radio signals into sound vibrations that that are picked up by the phone’s speaker. In the prototype device, the user presses a button to switch between these two “transmitting” and “listening” modes.

See below for the video